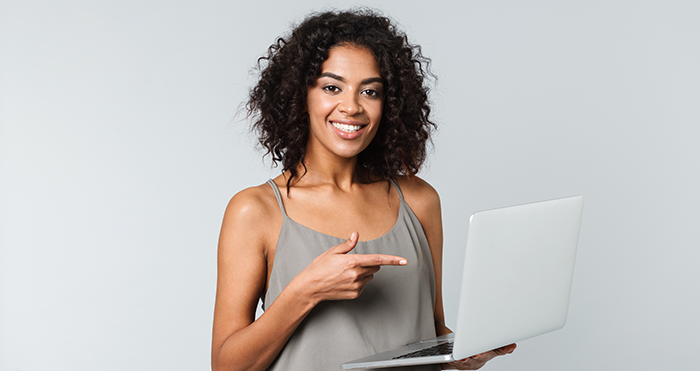 This week we look back on what has been an active year in international trade and customs regulations. We have pulled together some of the significant regulatory developments that shaped the year. In order to keep this post to a readable length, we’ve kept the details to a minimum and have linked to articles for those who wish to explore these issues further.

Canada Border Services Agency (CBSA) released their semi-annual list of all of active compliance verification priorities, in the interest of transparency and the promotion of self-compliance.

Canada and the United States increased and harmonized the value thresholds for expedited customs clearance to CDN$2,500 and USD$2,500 respectively.

The Canadian Food Inspection Agency announced that it will be creating sixteen targeted Centres of Expertise across Canada to provide industry and CFIA inspectors with better, more consistent access to information and advice over the next few years.

Updates were made to CBSA’s Anti-dumping website, outlining current anti-dumping measures that are in force against goods being imported into Canada.

The final rule on the Importer Security Filing (ISF) come into effect February, 2013.

Canada finalized the regulatory process to amend the Export Control List which came into effect on March 15, 2013.

On March 6, 2013, CBSA announced that the informed compliance period, which was initially supposed to end on November 1, 2012 would now be extended into the fall of 2013.

In preparation for operating under sequestration, CBP redirected resources toward only the most critical, core functions within (OFO) and discontinued or postponed certain important but less critical activities in an effort to reduce budget expenditures.

The Canadian government announced a hike in duties on imported goods from more than 70 countries including China to help retire the deficit faster.

Changes To The Canadian Import Requirements For Aquatic Animal Imports

Sweeping changes were made to the Canadian Import Requirements for Aquatic Animal Imports under the National Aquatic Animal Health Program (NAAHP). As of April 8, 2013, import permits are required for certain targeted species whether they are live, dead, smoked, etc.

U.S. President Barack Obama selected Bruce Heyman, a partner at the investment firm of Goldman Sachs in Chicago to be the new U.S. ambassador to Canada.

U.S. Customs and Border Protection announced a change that should make it a little easier to claim unused merchandise drawback.

Wood packaging materials (WPM) crossing between the Canadian and US border are still exempt from ISPM 15 requirements. However there are specific movement restrictions, both in Canada and the United States, for ash lumber that is used in the manufacture of pallets and other wood packaging materials.

In July 2009, U. S. Customs and Border Protection issued a ruling requiring all containers (all modes of transportation) to begin filing entry for any residue remaining at the time of entry into the United States.

Read more: Manifesting And Entry Of Residue Found In Instruments Of International Traffic Into The USA

United States and Burma signed a Trade and Investment Framework Agreement (TIFA), creating a platform for ongoing dialogue and cooperation on trade and investment issues between the two governments.

The Alliance of the Pacific bloc that includes Colombia, Mexico, Peru and Chile on Thursday agreed to eliminate tariffs on most goods to promote free trade between the countries and increase exports to Asia.

The U.S. Food and Drug Administration issued a final rule that adopts, without change, the interim final rule, Information Required in Prior Notice of Imported Food (issued May 5, 2011).

Canadian beef exporters will have full access to the market in Chile as part of a new partnership between the two countries.

Canada And Mexico Accept Invitations For The Trans-Pacific Partnership

On June 19, 2012 at the G20 summit meeting in Mexico, Canada announced that they would be joining the ongoing Trans-Pacific Partnership (TPP) trade negotiations.

Canada announced new sanctions against Iran, including a total ban on imports and exports.

An agreement signed between the governments of Canada and China in Beijing commits the two countries to work on access for a number of specific Canadian foods, including cherries. British Columbia produced 94 per cent of Canada’s sweet cherries in 2010, with top export markets including Taiwan and Hong Kong.

South Korean shellfish shippers from the Interstate Certified Shellfish Shippers List (ICSSL) are allowed to start exporting to Canada frozen shucked oysters that were harvested on or after June 19, 2013.

The Food and Drug Administration and the Center for Food Safety were unable to meet a June 10 deadline for agreeing on a timeframe for promulgating a number of regulatory changes required by the Food Safety Modernization Act. Instead the two sides offered up differing visions for when the rules would be completed, leaving it up to a federal judge to render a final decision.

Canada Border Services Agency (CBSA) released their semi-annual list of all of active compliance verification priorities, in the interest of transparency and the promotion of self-compliance.

U.S. Customs and Border Protection issued a final rule providing that, effective Aug. 5, admission into the U.S. customs territory will be refused to imports of consumer products and industrial equipment found to be noncompliant with energy conservation and labeling standards pursuant to the Energy Policy and Conservation Act of 1975 and its implementing regulations.

CBP announced the signing of an Automated Commercial Environment-International Trade Data System (ACE-ITDS) memorandum of understanding with the Federal Maritime Commission (FMC) to share ACE data in order to strengthen the balance of facilitation and enforcement regarding the regulation of ocean carriers and other entities involved in ocean trade.

The U.S. Food and Drug Administration released two long-awaited rules Foreign Supplier Verification Programs and the Accreditation of Third-Party Auditors aimed at improving the safety of imported foods, which now make up about 15 percent of the U.S. food supply.

The GSP is a program that must be re-designated on a regular basis by the U.S. Congress. On occasion, Congress neglects to extend the program, and it may be allowed to lapse again this year.

An amendment to the Beef Cattle Research, Market Development and Promotion Levies Order will see the current levy of $1 per head of cattle for beef marketed in Canada applied to importers.

The Food and Drug Administration announced its fiscal year 2014 fee rates for certain domestic and foreign food facility reinspections, failures to comply with a recall order, and importer reinspections.

Update To Memorandum D11-4-9, Goods Originating In Mexico, Deemed To Be Directly Shipped To Canada For The Purposes Of The General Preferential Tariff (GPT)

Memorandum D11-4-9, Goods Originating in Mexico, Deemed to be Directly Shipped to Canada for the Purposes of the General Preferential Tariff (GPT) has been updated and is available on the CBSA web site.

The Automated Export System (AES) is the paperless way to file the Electronic Export Information (EEI) and the ocean manifest information directly to CBP.

The Chinese government introduced a new VAT tax for all logistic activities inside China as of August 1, 2013.

Minister of International Trade, during a visit to Kuwait to deepen Canada’s trade and investment ties with that country, announced that the first meeting of the Canada-Kuwait Joint Committee on Trade and Investment Co-operation to be held in the fall.

Canada And Turkey Commit To Working Toward Increased Trade And Investment

Canadian and Turkish Ministers announced the intention to create a joint economic and trade committee involving Canada and Turkey.

The Canada Border Services Agency announces the implementation of  Customs Controlled Areas (CCA) within some of its designated ports of entry.

U.S. Customs and Border Protection is hoping to begin this fall the first phase of a Trusted Trader program under which it will eventually manage both supply chain security and trade compliance.

Canada Welcomes The Establishment Of A WTO Compliance Panel On U.S. Country Of Origin Labelling Dispute

Canadian Ministers pleased with the establishment of a World Trade Organization (WTO) compliance panel on U.S. Country of Origin Labelling (COOL) on September 25, in Geneva.

As of September 30, 2013, CFIA no longer allowed any new exemptions that permit the importation of foods that contains more than 2% meat products.

Annual funding for the U.S. federal government expired on September 30 causing the government to  shutdown.

Read more: How The Federal Government Shutdown Will Affect Imports Into the United States

This exercise represents one of the most significant reforms to the US export control regime in the past 40 years.

Canada and the European Union (EU) reached an agreement in principle on a comprehensive trade agreement that will significantly boost trade and investment ties between the two partners, and create jobs and opportunities for Canadians.

U. S. Customs and Border Protection will begin enforcement of the requirement to manifest and enter residual cargo beginning November 25, 2013.

Read more: Manifesting And Entry Of Residue Found In Instruments Of International Traffic Into The USA

The Mexican President submitted for legislative approval of a series of initiatives that would constitute a major overhaul of the Mexican tax system.

CBSA announced that eManifest requirements for highway and rail carriers will not be mandatory in fall 2013, due to timelines associated with regulatory processes.

The Food and Drug Administration proposed new regulations designed to improve the safety of animal food. Comments on this proposed rule are due no later than 120 days after Oct. 28 (i.e., approximately Feb. 26, 2014).

The List of Pests Regulated by Canada was updated to include 15 invasive plant species considered to be regulated pests in Canada.

Slated to have begun on Nov. 25, U.S. Customs and Border Protection delayed indefinitely the launch of a test concerning the manifesting and entry of residue found in instruments of international traffic.

China to impose punitive measures on certain pulp products from the United States, Canada and Brazil for alleged dumping in the latest trade dispute with foreign partners.

Canada and Macedonia have agreed to begin negotiations toward a foreign investment promotion and protection agreement (FIPA).

The Export and Import Control System released a notice to exporters of softwood lumber to the United States.

We hope these highlights give you a chance to look back over the year. Thank you to all of you who visited the Trade News section of our website and for reading and supporting the Your Broker Knows blog through the year. We hope you will continue to read 2014’s posts.

Her career in the international trade industry began almost 8 years ago while she simultaneously worked her way to earning a Marketing Management Certificate from Kwantlen Polytechnic University's (KPU) School of Business in 2018 and most recently an Associate Certificate in Graphic Design With Distinction from British Columbia Institute of Technology (BCIT). Having reached her goal of amalgamating her fields of study to become a Marketing & Graphic Design powerhouse, Adriana spearheads the organization’s education program, external speaking engagements and internal staff events all while providing support to the Graphic Design team. The education program and industry events at which we speak focus on teaching importers, exporters, carriers, and the like, the importance of customs compliance while moving commercial goods across international borders. Our messaging boasts efficiency, accuracy and compliance above all else with the least amount of exposure to delays. In 2015, she joined the Marketing and Events Committee for The American Chamber of Commerce – Pacific Chapter where she volunteers her time at events from inception to take-down. A creative at heart, she loves challenging herself, and thus is consistently known for growing her multi-disciplined training, responsibilities, and expanding her knowledge.

Author's Posts
Medical Cannabis In The Trade Industry: Know The Facts & Consequences
Top 10 'Your Broker Knows' Blogs Of 2019
Engine Emissions Regulations For Importing Into Canada
Preview On-Demand Courses | PCB Learning Center
7 Reasons To Invest In Customs Compliance Education
While we strive for accuracy in all our communications, as the Importer of Record it is incumbent upon your company to ensure that you are aware of the requirements under the new regulations so that you maintain compliance as always.