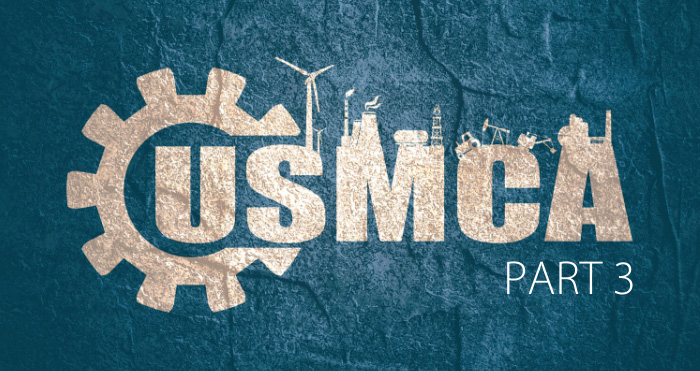 If you are just joining us, this is the third of a 4-part continuation on the previous 4-part series on the long awaited NAFTA 2.0 agreement between US - Canada - Mexico due to be implemented on July 1, 2020.

Before we dive in, below is a quick recap of this series so far.

Can I Make A USMCA Claim For Reduced Duties After The Entry Has Already Been Filed?

Yes. If the goods qualify for USMCA, we can request a refund of duties paid within 1 year (365 days) from the date the goods enter the United States. This will result in a refund to the duties only. The current rules under USMCA advise that post entry refunds will not be extended to Merchandise Processing Fees. There has been talk that this may change at some point in the future.

Is There A Provision Under USMCA For Imports To Be Completely Duty And Tax Free?

Yes. Under the De Minimis rule, goods, not controlled or restricted by any special legislation or law, valued under $800.00 USD, are allowed to be entered into the United States without payment of duties or taxes under what is commonly known as a Section 321.