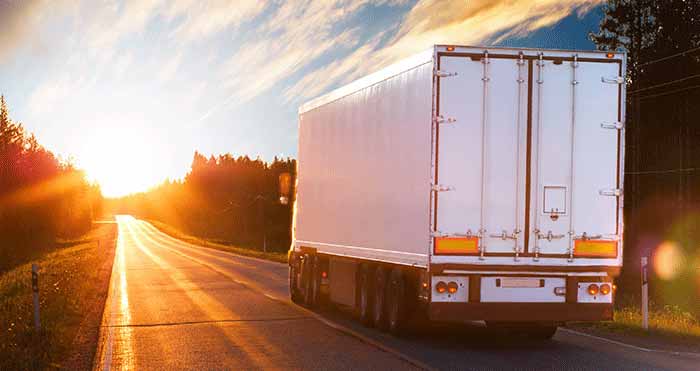 Who Was Malcolm McLean?

Malcolm McLean is perhaps the most important person in the history of carrier shipping.

With much respect and admiration for his ingenuity, we salute Malcolm McLean. In our industry, as in life, we all stand on the shoulders of those who came before us.

The History Of The Man

‍While his name is relatively unknown today, this North Carolina trucker invented container shipping, a method now indispensable to the modern world of global trade. As amazing as that fact is, so is the personal story of Malcolm McLean.

Malcolm McLean was born into a North Carolina farming family in 1914.

His father was a farmer who also worked as a mail carrier to supplement the family's income. Struggling to assist his family during the Great Depression, a young Malcolm started pumping gas at a service station near his hometown of Maxton. He managed to save enough money by 1934 to buy a second-hand truck for $120. Malcolm McLean's very first truck.

With that initial purchase, he was able to start a small trucking company to transport farmers' goods and supplies. McLean soon began hauling dirt, produce, and other odds and ends for the farming community in Maxton, where reliable transportation was hardly commonplace.

Little did he know at the time that this purchase was the catalyst to set McLean on his lifelong career in the transportation industry.

Over the next six years, Malcolm's resourcefulness enabled him to expand to thirty trucks by 1940. By the mid-1950s Malcolm's company, McLean Trucking, amassed over 1,700 trucks and he sold his company for $12 million dollars, a terrific sum in the 1950s!

‍Malcolm McLean was not a patient man. He was born into a world and time that demanded a certain sense of urgency. The phrase "time means money" is always top of mind for an entrepreneur, and most carriers of his day were - many continue to be today.

Waiting at the dock for between eight and twenty hours to have his truck loaded or unloaded drove McLean crazy. He was not the type of man to stand still, his every minute was spent towards a result that generated money for his business, his family and his future. Only perhaps Jack Sparrow would hopefully relate to the extreme waits that took place for carriers when their delivery needed to go through the loading and unloading process at ports during that time given today's efficiencies we enjoy.

His years in the transportation business showed McLean the need for an easier method of shipping goods. He had watched dock workers unloading goods from trucks and transferring them to ships, and marveled at the inefficiency of the process. "Wouldn't it be great," he asked himself, "if my trailer could simply be lifted up and placed on the ship?"

Knowing nothing about ships did not stop him from taking action. In 1955, he gambled big on a container venture, buying two oil tankers and securing a bank loan to buy $42 million worth of docking, shipbuilding, and repair facilities. He refitted the ships and designed trailers to stack below or on the decks. One year later - he launched the solution to the problem he had little patience for and in April 1956, his first container ship, the Ideal X, departed Port Newark, New Jersey, headed for Houston loaded with stacked containers for the first time ever!

‍Thank you Malcolm McLean - To you and to our carrier audience we offer a salute to the brilliance of carriers!

Born 1914, Maxton, NC - Died 2001, New York, NYAs McLean's first container ship left Newark harbor, a man asked Freddy Fields, a top official of the International Longshoremen's Association, "What do you think of that new ship?" Fields replied, "I'd like to sink that s_________h." Longshoremen strikes ensued, but the cost of shipping dropped by a factor of a hundred.

Lisa has been working in the international trade industry for over 20 years, with 11 years highway transportation expertise. A Kwantlen Polytechnic University School of Business Alumni in Marketing Management, Lisa works on behalf of importers and exports to translate complicated industry regulation into easy to understand tasks they can implement. In 2017 she was invited to speak at the Vancouver Fashion Week Export Workshop, helping international designers to understand textile import and export in Canada. She is well versed in Canadian and US Customs brokerage trade topics and is currently studying for the Canadian Society of Customs Brokers Certified Customs Specialist designation.

Author's Posts
CARM: Everything You Need To Know In One Place
Scary Classification: How T-Rex Costumes Can Deflate At The Border
Are My Goods Admissible Into Canada?
Introducing The Learning Center
Shipment Not Released? Your Troubleshooting Checklist
While we strive for accuracy in all our communications, as the Importer of Record it is incumbent upon your company to ensure that you are aware of the requirements under the new regulations so that you maintain compliance as always.