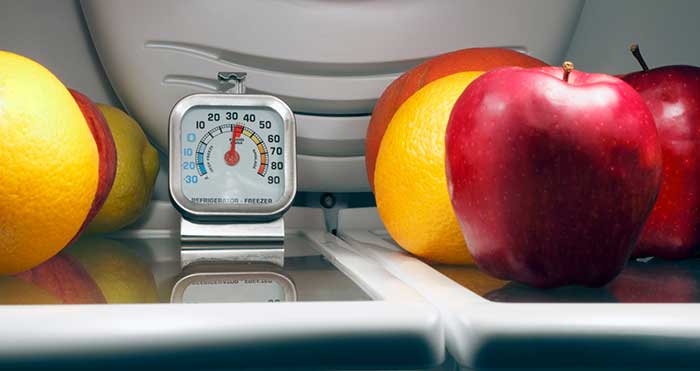 One of the major hurdles that importers of unrooted and rooted plants, cut flowers, cut foliage and decorative branches, and fresh fruits and vegetables must overcome is understanding the import regulations regarding the invasive pest Epiphyas postvittana, more commonly known as the Light Brown Apple Moth (LBAM). In 2007, United States Department of Agriculture confirmed the detection of LBAM in California 2007. Shortly thereafter the Canadian Food Inspection Agency (CFIA) introduced Directive D07-03 Phytosanitary Import Requirements to Prevent the Entry of Epiphyas Postvittana (light brown apple moth) to prevent the establishment of this pest and its potential to damage crops. This directive outlines the import requirements for all regulated host species from regulated areas.

LBAM is a pest that, in some areas, has been known to destroy up to 50% or more of a crop. The Southern Coastal region of British Columbia has been deemed an area of suitable geographic and climatic conditions for this pest. This means that if LBAM is introduced into these environments then it will most likely become well established to the detriment of the agricultural community.

What Is A Host Species?

A host species is any unrooted and rooted plant, cut flower, cut foliage and decorative branch, fresh fruit or vegetable that is listed in CFIA's list of regulated taxa. In order to confirm if the commodities being imported are regulated, you must know its species name.

Some commodities, which may be regulated or part of a regulated host species, are exempt from LBAM import requirements. These include:

What Is A Regulated Area?

A regulated area is any area that is quarantined for LBAM based on the Directives List of Regulated Areas. As of August 29, 2016, the regulated areas are:

States Within The United States:

Counties Within The State Of California:

Safe Food For Canadians Regulations To Require License For Businesses

If the commodity being imported is an exempt commodity, or is a fruit or vegetable that is destined to a province other than British Columbia and is not in transit through BC, then the requirement for a phytosanitary certificate or certificate of origin is waived.

Unrooted and rooted plants, cut flowers, cut foliage and decorative branches, unless meeting the requirements of exempted commodities, require certification no matter where they are destined to or entering Canada. Shipments that do not meet the import requirements described in the directive will be refused entry, returned to origin, or destroyed, at the expense of the importer. If requested by the importer and determined feasible by the CFIA inspector, such shipments may be rerouted to other destinations or diverted to approved processing facilities, provided all documentation is in order and such a course of action does not cause unwarranted pest risk.

The CFIA can also update the directive at any time without notification. To keep yourself informed of new regulations, we always recommended checking with CFIA directly, periodically checking the Directive for updates, and checking with your customs broker.

The Automated Import Reference System (AIRS) is published by CFIA to provide information about Canadian import requirements for all commodities that they regulate. It does this by using the 6-digit H.S. description (first 6 digits of the customs tariff), a 6 digit extension (which identifies the item), origin, destination and various end use, and miscellaneous codes.

When it comes to LBAM AIRS can be misleading at times. When selecting your item in AIRS, in some cases there is no specific listing (extension) for the product. In those cases, the option used is "Other". When this option is used it encompasses all items that are not individually listed but are included in the 6-digit tariff level. If any items in the "Other" listing are regulated for LBAM, then CFIA has published "Other" to read as all items being regulated for LBAM. Any time the "Other" option is used, the species name needs to be cross referenced to the list of taxa in the LBAM directive to check to see if your item is a regulated host species. Doing this will ensure that you are in compliance with all import requirements.

Please note that all information contained in this post is as current as possible for the date it was published. The CFIA can update, change or remove import requirements with notification. It is always recommended to check import requirements before any product is shipped.

How To Import Produce Into Canada