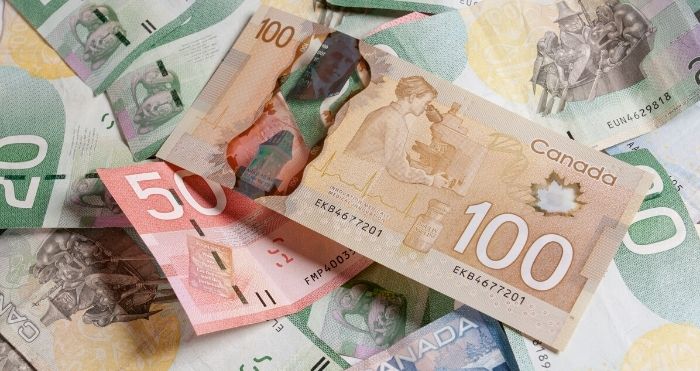 The Covid-19 pandemic continues to affect the global trade flows and economic growth throughout 2022 and likely through to 2023. The third year of Covid-19 and the Ukraine/Russia crisis has caused intensified geopolitical uncertainty that could hinder global economic recovery. The World Trade Organization (WTO) expects merchandise trade volume growth of 3% in 2022 which is down from a previous forecast of 4.7% and 3.4% in 2023. The most immediate economic impact of the Russia/Ukraine crisis has been a rise in commodity prices. Russia and Ukraine are large suppliers of essential goods that include food, energy and fertilizers. This has impacted many countries around the world but particularly low-income countries where food accounts for a large part of a household income. Another concern is lockdowns in China to prevent the spread of Covid-19 which has again disrupted supply chains.

In Canada, the top 3 exports are crude petroleum, cars and refined petroleum with the top 3 imports being cars; car parts and accessories; and trucks. Let's take a quick peek at how these concerns have affected Canada’s trade of these goods and others.

Stats Canada reports in March 2022, that “Canada's merchandise trade increased substantially in March, with both imports and exports reaching record highs. Following a 4.8% increase in February, imports jumped a further 7.7% in March. Meanwhile, exports rose 6.3%, with energy products contributing more than half of the increase. As a result, Canada's merchandise trade surplus with the world narrowed from $3.1 billion in February to $2.5 billion in March.”

Prior to the pandemic, 2020 saw many interruptions to trade which only added to pandemic woes. In 2019 a car assembly plant closed in Ontario; a strike in the rail industry affected the movement of goods; a pipeline rupture in North Dakota affected crude oil exports to the US, and global trade tensions and rail blockades only served to exacerbate the issues the pandemic brought.

Service shutdowns in the spring of 2020 caused exports, imports and services to fall to historic lows.

Merchandise recovered quickly. Global demand for products increased with more buying of goods but not services. Governments invested in infrastructure and financial assistance to support the economy.

In 2020, with many people at home the export of energy products fell by 36.6%. Crude oil accounted for three quarters of that decrease.

With government restrictions in place, commuting, traveling, the powering of office buildings and producing goods and services were all affected which substantially caused a decrease in demand for energy products.

By the second quarter of 2021, with people returning to work and businesses reopening, energy production and trade had increased over the same quarter of 2020. Overall energy exports were up by 8.8% and energy imports rose by 24.2%.

2022 opened with significant gains in imports of energy products rising to 26.3% in March. “Higher imports of crude oil and bitumen (+39.9%) were largely behind the increase, with both prices and volumes rising markedly. The increase in imports of crude oil coincided with the Russian aggression in Ukraine and the resulting sanctions against Russia, creating uncertainty around future availability of energy products. The US is by far the top source for Canada's crude oil imports, but substantial increases in imports from Saudi Arabia and Nigeria were also observed in March.”

Exports of energy products are also rising in 2022. Stats Canada reports that the export of energy products “rose 12.8% to a record $17.9 billion in March. Energy products accounted for 28.2% of total exports, an increase of almost 10 percentage points from the share of 18.3% observed in March 2021”. Exports of crude oil (+14.8%) contributed most to the growth in March. Market prices for crude oil experienced extreme volatility throughout the month, but were up substantially on average in March, as the conflict in Ukraine and sanctions against Russia raised the level of uncertainty surrounding global supply. Higher prices were the main factor behind the increase in Canadian crude oil exports in March, while volumes were down.”

While Canada faces no immediate threat to its energy security there will be pressure to expand its role as a geopolitically stable and secure source of fossil fuels.This could present significant challenges for Canada’s current efforts to reduce its greenhouse gas emissions by at least 40 per cent relative to 2005 by 2030 and reaching net-zero emissions by 2050.

Trade in motor vehicles and parts decreased dramatically to historic lows during the pandemic. Vehicle manufacturers in North America began shutting down indefinitely in late March 2020 with some pivoting to the manufacture of medical equipment.

Exports of motor vehicles and parts was $7.5 billion in February 2020, restrictions then began and by April exports were at $1.1 billion. Most North American production did not resume until late May 2020 however, production remained low due to physical distancing restrictions and temporary shutdowns due to positive covid testing.

In 2022 exports of motor vehicles and parts increased by 7.9% in March. Stats Canada states that this “reflected higher manufacturing activity throughout North America, as automakers experienced a reprieve from supply chain issues that have been limiting output for a number of months.”

Stats Canada also reports that in 2022 “imports of motor vehicles and parts were up for a second consecutive month, rising 9.9% in March.” As with exports, supply chain issues improved as did the global semiconductor chip shortage.

Automotive producers and the Federal and Provincial governments announced new investments in the production of electric powered commercial vehicles and passenger cars in Canada. The Canadian government has announced it wants manufacturers to ensure at least 50% of vehicles sold in Canada by 2030 are ZEV (zero emission vehicles).

2020 saw imports of consumer goods up by 1.4% from 2019. Much of this was attributed to many types of personal protection equipment (PPE).

There were lower imports of clothing, footwear and accessories which fell by 19.2% in 2020 which was the first decrease in 10 years. This decrease coincided with restrictions and closures of non-essential businesses.

2022 saw an increase in imports of consumer products. Imports rose to 6.5% in March with clothing, footwear and accessories leading the way and motor vehicles and parts at a close second.

In 2019/2020, commercial service exports increased by 3.3% and imports rose 2.5%. This industry was not really impacted by the pandemic as many services were delivered remotely. Commercial Services include professionals, scientific and technical services, finance and insurance and information and cultural services.

In 2022, Stats Canada reports “Canada's monthly international trade in services deficit widened from $578 million in February to $1 billion in March. Overall, imports of services increased 6.5% to $12.9 billion, while exports were up 2.9% to $11.9 billion.”

The outlook for developed countries is slow but steady growth into and through 2023. The World Bank reports that “growth in advanced economies is expected to decline from 5% in 2021 to 3.8% in 2022 and 2.3% in 2023—a pace that, while moderating, will be sufficient to restore output and investment to their pre-pandemic trend in these economies.”

Economists report that Canada’s economic growth will likely slow in 2022 as interest rates and inflation rise. However, with a growing labor market, less spending and reduced Covid-19 restrictions the outlook is not totally bleak. Uncertainty surrounding Covid-19 variants and the war in Ukraine do still pose risks however growth is expected in 2022 and 2023.