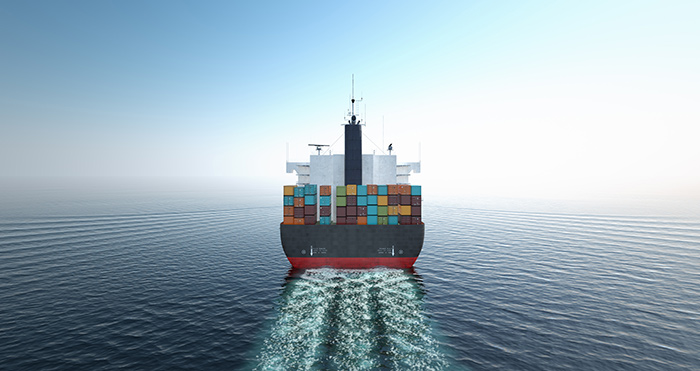 An internal audit of the CBSA Commercial Program in the Marine Mode was completed and published in December 2018.

The audit focused on program management and monitoring, and followed up on recommendations from the 2012 Audit of Border Controls at Marine Ports of Entry related to radiation portals, bay plan, examination results, penalties and physical security.

The audit covered the period from April 2014 to March 2017 and visited the Atlantic Region (Halifax), the Quebec Region (Montreal) and the Pacific Region (Vancouver).

What The Audit Assessed

The Focus Of The Audit

The audit only focused on commercial marine cargo and conveyances. The audit did not examine the quality of the ACI data provided, however, the audit did look at the extent to which efforts are made to request additional information as required for targeting decisions as well as the Agency’s efforts to reconcile and use bay plan information.

The Audit team made a general audit opinion, which did not shed a positive light on the CBSA Commercial Program in the Marine Mode.

The Audit team stated CBSA faces “considerable challenges in the commercial marine mode, including a heavy reliance on third party service providers. The different types of commercial marine examinations require various types of sophisticated detection technology and must be conducted in a way that minimizes health and safety risks. The Agency faces constraints in its capacity to manage the growing volumes of commercial marine shipments. New marine container examination facilities in the Pacific Region should help, but the Agency also needs to address information system limitations and non-compliance in order to ensure the achievement of program objectives.”

Where CBSA Can Improve

Program Planning is an essential process in the government to ensure the achievement of program objectives. There was no program plan or strategy documented and communicated. Also, there was not a risk management process to proactively identify and manage risk to achieve objectives. The audit stated that “in the absence of an effective risk management approach, identified risks may materialize, and the Agency may adopt less efficient and effective workarounds for program delivery. This may result in diminished capacity or the ability to achieve desired results/objectives. Further, materialized risks may be harmful to the health and safety of Canadians and Agency staff, as well as damage the Agency’s reputation with stakeholders.”

Commercial marine risks have been identified through various reviews and assessments. The Audit found the Marine Program has not established a formal risk management approach to ensure key risks are addressed and monitored on an ongoing basis. There has been limited progress on implementing key risk mitigation initiatives, such as the Bay Plan initiative and ACI penalties.  Some policies have been advanced related to health and safety risks such as large-scale imaging but improvement is still needed.

Performance monitoring was found to be poor. The Commercial Program Management Table was established to meet regularly to monitor commercial program performance. The group was to meet every six weeks starting in 2015 but met every 12 weeks and then only once in 2017-2018.

The audit found that performance information has not been measured consistently against targets and expectations to include marine examinations. Vessel examinations/results are not recorded consistently, if at all.

The commercial marine examination resultant rate could also be improved by addressing deficiencies with the ACI provided, and the delays CBSA experiences in receiving containers for examination from marine terminal operators.

The audit found that the availability of detection technology is monitored but the effectiveness of the technology against the Agency needs an assessment of its return on investment.

Radiation detection portals installed at major marine ports were monitored on an annual basis to ensure 100% of marine containers were scanned. The Audit team found that the Compliance Monitoring reports were incomplete in 2015-2016 and not conducted in 2016-2017. While the risk that containers with high levels of radiation that will enter Canada is low, the impact could be significant.

Recording of results of examinations completed whether random, selective or targeted by an officer is poor and inconsistent. In addition to this, the audit team found that there is little to no monitoring of the records kept for examinations.

When examination results are not entered into systems or narratives are of low quality, the ability to perform data analysis is compromised. This includes identifying key trends, new indicators of high-risk shipments and assessing the relative effectiveness of the different referral types.

CBSA’s strategic framework has objectives for working smarter and making better use of data, intelligence, and results to improve targeting and to increase the resilience and efficiency of information technology. The audit found CBSA needs to improve in this area, and needs to take steps to ensure the required data is received in a timely and useful format and that planned systems enhancements are implemented.

As an example the audit recommends the realization of the Bay Plan Initiative. Bay plan information can be used to support the identification of “ghost” containers  (ghost containers are containers which were not reported by the carrier/importer but were loaded and/or offloaded from a ship) and enhanced risking of containers accessible for contraband based on stowage location, and for reconciliation against radiation portal usage to assess compliance.

The Agency performed poorly in the area of secure handling and storage of marine containers. Port Authorities are required under section 6 of the Customs Act to provide and maintain adequate facilities for proper storage and examination of imported goods. Marine Terminal operators are licensed by the Agency under the Customs Sufferance Warehouses Regulations and are obligated to provide secure storage of goods. In addition, any industry organization that is involved in the international movement of goods as an authorized economic operator must comply with World Customs Organization or equivalent supply chain security standards.

Despite Agency policies, standards and procedures and directives regarding the secure handling and storage of marine containers there remains opportunity to tamper with or move containers without authorization prior to examination.

The Agency must effectively balance maintaining a collaborative working relationship with service providers while enforcing CBSA requirements and penalizing non-compliance. The audit found that only 66 penalties were issued to major marine terminal operators between 2014-2017.

Overall the Audit stated “in the absence of complete and timely ACI, bay plan and crew information, the Agency is limited in its ability to facilitate low-risk shipments…. this may result in undue safety and security risks to Canada.

The Agency and importers may also be exposed to unnecessary time and costs associated with conducting exams without a process to reconcile pre and post-arrival information to negate risk.

Further, in the absence of robust security requirements throughout the complete import to examination process, marine cargo may be tampered with, stolen, or moved prior to examination and this increases health, safety, and security risks of Canadians and Agency staff.”

The full report can be found here.