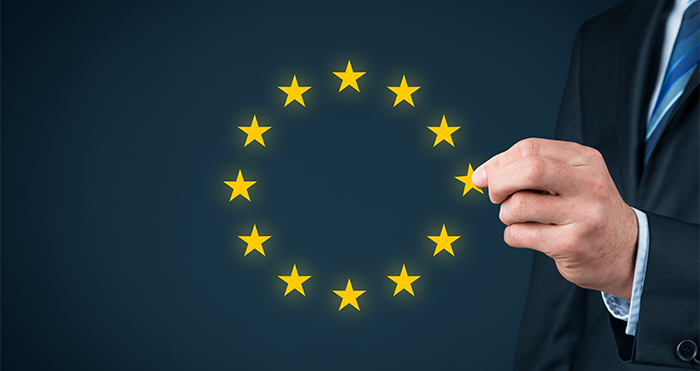 March was a tumultuous month for the UK as it deals with Brexit. In this article, we will look at Brexit’s background and the options forward amidst its defeat in the UK Parliament, and of course, how it affects global trade.

Brexit is short for “British Exit,” and it is now the name used for the UK departure from the European Union (EU). The UK joined the EU in 1973.

The EU is a political and economic union of 28 countries who trade with each other and allow citizens to move easily between the countries to live and work.

The UK held a referendum in June of 2016 where voters were asked whether they wanted the UK to leave the EU or stay. The “Leave side” won out with 52% of the vote. The “exit” did not happen immediately and was scheduled to take place on March 29, 2019.

On March 29, 2017, the government of the UK invoked Article 50 of the Treaty on European Union. The UK announced its intention to leave the EU. Negotiations have taken place between the UK and the other EU countries since June of 2017. These negotiations were mainly about the “withdrawal deal” and how exactly the UK would leave and what would happen afterward.

After close to 20 months the EU and the UK reached a tentative agreement on the UK’s exit from the Union in November of 2018. The draft withdrawal agreement needed to be approved by UK Members of Parliament (MPs). The draft agreement is 585 pages of complex and highly contentious clauses.

The UK and EU agreed to allow time to negotiate a trade deal and give business time to adjust. The time referred to here is known as the Transition Period. The Transition Period ends December 31, 2020, unless the two sides agree to extend it for an unspecified period of time.

The UK MPs voted on the Withdrawal Agreement On January 15 and rejected the deal by 432 votes to 202 votes, which was the most significant defeat for a sitting government in history.

3 Ways To Improve Your Value Chain In The New Year

Now what happens is not clear yet. However, Brexit is due to occur on April 12, 2019, in the absence of any other decisions.

Prime Minister May, continues to try to negotiate with the Labor Leader to see if a compromise can be reached and voted on April 10 and requesting an extension with the EU Summit. The EU has already stated that any delay beyond May 22 would mean the UK would have to take part in the European Parliament elections. The EU could refuse another extension, or it could make a counter-proposal.

If the UK leaves the EU without a deal, the UK would automatically fall under the World Trade Organization (WTO) rules. There are 164 members of the WTO. Every WTO member has a list of tariffs and quotas that they apply to other countries. These are known as WTO schedules. The UK government has set out its plans for tariffs in the case of a no-deal Brexit. It has set up a temporary schedule whereby 87% of imports by value will be tariff-free (compared to 80% before Brexit). Under the WTO’s “most favored nation” rules, the UK can not lower tariffs for the EU, or any specific country, unless it has agreed to a trade deal. It has to treat every WTO member around the world with which it does not have a trade deal in the same way.

To prepare for a no-deal Brexit, the UK has been working to replicate the deals the EU currently has with the rest of the world. As an EU member, the UK is presently part of about 40 trade agreements that the EU has with more than 70 countries. The UK has signed continuity deals with some of these countries such as Switzerland, Australia, and New Zealand. An agreement with South Africa and Israel is close but likely not in time for Brexit.

The UK has committed that it will continue to honor its clauses with CETA and claims there will be no disruption for free trade with Canada or any other partner of CETA. The UK is Canada’s third largest export market and its second largest destination for foreign investment after the U.S. The UK states it is committed to free and open trade with the U.S. as with Canada.

Deal or no-deal Brexit will not affect trade with the UK and the world, but the reason you have a trade agreement is that they give you better trade preferences than World Trade Organization terms.