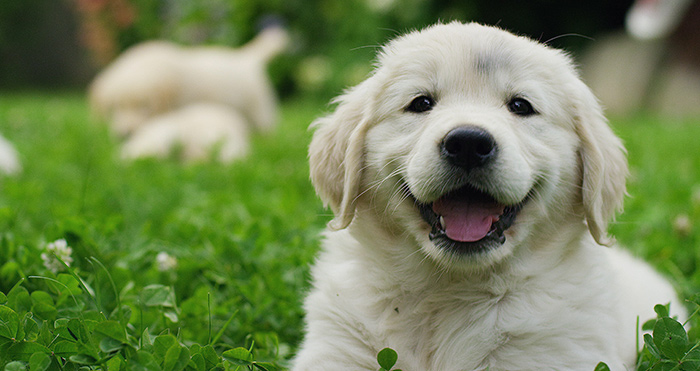 What is the value of a rescue puppy? What a silly question... man's best friend is invaluable! Those cute bundles of happiness that greet you each day with a wagging tail and eagerness to go outside are a part of our family. However invaluable our four-legged companions may be to us, Customs needs a Customs valuation also known as Value For Duty (VFD) placed on them when importing into Canada. Therefore in this blog, we will take a closer look at a recent import we completed on some rescue dogs from Idaho.

Nothing is free in the eyes of Customs. To determine the value of seemingly free, invaluable or complimentary items, you must use one of the 6 Methods of Determining Customs Valuation. This blog post explained the methods must be ruled out, one-by-one, beginning with transaction value.

What Are The 6 Methods Of Valuation?

The six methods are:

How To Value Free Goods

When we received the call from our client who was wanting to import a family of dogs from a U.S. shelter that could no longer keep them, we rose to the challenge. We were under a time limit to determine the value for duty as the shelter in Idaho was running out of space.

As previously mentioned, with items like samples, replacements, warranty items, short-shipped goods, importers are required to declare a fair market value, even if in the end payment of duties and taxes may be unnecessary. But was the value for rescue puppies the same?

In the case of the puppies, Canada Border Services Agency (CBSA) has a specific D-Memorandum on how to come to a correct value for duty.

It states that the Transaction Value method should be used. Now, you may wonder, "how can it be used when there is no transaction taking place"?, Well, there is. CBSA states that:

"Where goods are sold for export to Canada, to a purchaser in Canada, and the Price Paid or Payable (PPP) of the goods can be determined, the transaction value method is to be used to determine the VFD. The PPP is defined as all of the payments made or to be made by the purchaser to or for the benefit of the vendor."

Some of those payments would be:

If any of the above costs were not incurred, CBSA states that:

"If no money is paid by the importer to acquire the rescue animal, the VFD must be determined using an alternate valuation method. No VFD shall be determined by arbitrary or fictitious amounts."

For example, if after this import, our client wanted to import another rescue dog from the same shelter in Idaho, of an identical breed and similar age, but no PPP was in place, the VFD should be the same VFD used in the previous import.

If there is no identical or similar established value for duty, move down the list to Deductive method.

In this method, you would find an established selling price in Canada for the same breed and similar aged dog. They would then use that figure less the profit earned and costs associated with importing the animal (veterinary costs, permits, etc.) to establish a value for duty.

Questions To Ask Yourself When Determining Value For Duty

The above methodology can be applied to many seemingly "free goods". When looking to import them into Canada, we suggest you ask yourself the following questions. They will help to determine which method you should use:

In this case, the rescue puppies and mom were imported using the Transaction Value Method. The adoption fees, veterinary charges, and permits were added up to establish the value for duty. They have since been adopted and are happy and healthy new additions to Canada.

Lisa has been working in the international trade industry for over 20 years, with 11 years highway transportation expertise. A Kwantlen Polytechnic University School of Business Alumni in Marketing Management, Lisa works on behalf of importers and exports to translate complicated industry regulation into easy to understand tasks they can implement. In 2017 she was invited to speak at the Vancouver Fashion Week Export Workshop, helping international designers to understand textile import and export in Canada. She is well versed in Canadian and US Customs brokerage trade topics and is currently studying for the Canadian Society of Customs Brokers Certified Customs Specialist designation.

Author's Posts
CARM: Everything You Need To Know In One Place
Scary Classification: How T-Rex Costumes Can Deflate At The Border
Are My Goods Admissible Into Canada?
Introducing The Learning Center
Shipment Not Released? Your Troubleshooting Checklist
While we strive for accuracy in all our communications, as the Importer of Record it is incumbent upon your company to ensure that you are aware of the requirements under the new regulations so that you maintain compliance as always.