Popular
Recent
South American Produce: How To Export To The US And Canada In 5 Steps
CARM | What Are Importer Security Bonds And Why Do I Need One?
CARM | Financial Statement Changes in Release 2
How Will CBSA's CARM Client Portal Affect You?
Canadian Steel And Aluminum Importers Can Receive US Surtax Relief At Time Of Import
7 Reasons To Invest In Customs Compliance Education
What Does CPTPP Stand For? | CPTPP FAQ
New Websites Launch
Free Video Series | Exporting Food To Canada
Attn Steel Importers: Your Tariff May Have Changed
FAQ About Importer Record Keeping Responsibilities In Canada
BN and RM Numbers | What Do They Have To Do With Importing Into Canada?
Customs Referrals, Detention and Demurrage
Single Window Initiative: What’s Working And What’s Not
Anti-Dumping, Countervailing, And Provisional Duty Simplified
US Canada Dairy Supply Management Resolution
Trade Update: What’s Expected In 2022?
CITT Case Study: Why A Multi-Purpose Brewing Machine Is Simply A Coffee Maker
2000 Tariffs Are Changing In 2022: Is Your Tariff One Of Them?
CFIA Outages: Don't Get Mad, Get Proactive 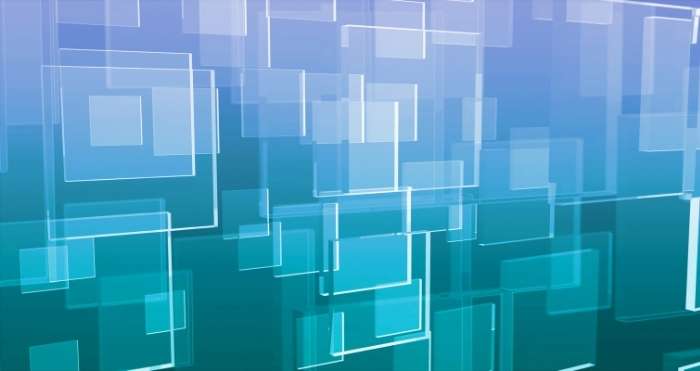 The Internal Audit and Program Evaluation Directorate of the Canadian Government completed a horizontal evaluation of the Single Window Initiative (SWI) and published it in December 2020. A horizontal evaluation determines the extent to which a program or project has achieved expected results. This evaluation examined the Single Window Initiative (SWI) project implementation between fiscal year 2012 to 2013 and fiscal year 2016 to 2017 and was supplemented with an assessment of SWI information up to November 2019. The evaluation was done to assess “whether the SWI achieved a modernized and streamlined approach for the electronic submission and risk assessment of data for regulated commercial goods being imported into Canada.”

The implementation of Single Window Initiative (SWI) was expected to deliver the following benefits:

The Single Window Initiative (SWI) was one of thirty two priorities identified in the 2011 Beyond the Border Action Plan (BtB) announced by Canada and the US. The BtB plan was a joint commitment to improve Canadian and US collective security and to facilitate the flow of legitimate goods, services and people at and beyond the Canada-US border.

Learn more about the Single Window Initiative and its implementation.

Were The 3 Benefits Of The Single Window Initiative Achieved?

1. Improved information sharing within the Government of Canada

This benefit was achieved for the most part.

Overall, the implementation of the SWI enhanced the capability of the CBSA and the Participating Government Agencies (PGAs) to share information related to regulated commercial imports. However incomplete deliverables and challenges related to internal IT systems have affected the ability of some Participating Government Agencies (PGAs) to electronically transmit information.

The Horizontal Audit and Evaluation group made recommendations for CBSA and the Participating Government Agencies (PGAs) to work on any outstanding IT systems and information sharing issues and complete these deliverables or have a definitive action plan to complete these deliverables for the achievement of benefit 1 - Improved information sharing within the Government of Canada by late spring of 2022.

This benefit was not achieved.

The Government of Canada assesses non-compliance or risk of commercial imports in part with the review of the import information submitted by the Trade Chain Partners (TCP). With the SWI, CBSA worked with the Participating Government Agencies (PGAs) to list the essential information Integrated Import Declaration (IID) elements required by Trade Chain Partners (TCP) to allow threat identification and improve the capacity of the IID to provide an accurate description of commodities.

Goods assessed as low risk by the Participating Government Agencies (PGAs) business rules can be processed by the CBSA in an expedited manner while goods identified as being high-risk or having specific regulatory requirements can be further assessed by CBSA and the applicable Participating Government Agency (PGA). The automated use of the PGA business rules lessened the burden on the CBSA Border Services Officer to identify risks related to a specific PGA commodity.

Each agency is responsible for defining and maintaining their business rules and CBSA houses these business rules within its own IT system. The agencies are required to abide by an established governance process managed by the CBSA to implement any required updates to their business rules. The effective application of business rules are dependent on an accurate description of the commodity provided by the Trade Chain Partner (TCP) in the SWI Integrated Import Declaration (IID).

The CBSA continues to actively engage the Participating Government Agencies (PGAs) to further improve the existing methods for commodity identification and update business rules within the CBSA’s IT systems.

So for now risk assessment is more collaborative between CBSA and the applicable PGA. The CBSA reviews the import information once the other relevant PGA has provided an automated admissibility recommendation based on their regulatory requirements. However the incomplete deliverables associated with analytical capacity has affected the ability of some of the PGAs to update business rules and use commodity identifiers to assess and manage potential risks.

3. Simplified border processes for the Government of Canada and Trade Chain Partners (TCP)

This benefit was not yet fully achieved.

Overall the Government delivered an IT solution which enabled border process improvements. These improvements included increased automation in the collaborative assessment and the management of Participating Government Agencies (PGAs) requirements and the conversion of 180 types of LPCOs from paper-based to electronic processes. There is greater collaboration in risk assessment practices and an enhanced capacity to render admissibility recommendations/decisions for PGA regulated goods.

CBSA remains the project lead and as such maintains responsibility for collaborating with the other PGAs to implement changes with the SWI IT solution. Updates are often needed to simplify the processes for both the Trade Chain Partners (TCP) and the PGAs. Changes to business rules, amendments to PGA data elements and CBSA IT system updates are all managed by the CBSA SWI program representatives. Each of these changes must also be communicated to the stakeholders. Timelines for the completion of some of these changes can take between six to eighteen months. These timelines are not always aligned with the operational needs of the stakeholders.

Certain regulations for some PGAs are limiting the ability of the PGA to dematerialize or digitize LPCOs. ECCC and NRCan have not yet digitized all their paper permits, declarations and movement documents. This limits the overall simplification of the border process.

The Government of Canada did create an IT solution which enabled Trade Chain Partners (TCP) to electronically submit release requests for commercial imports through a single window. This has improved information sharing for most PGAs and has simplified the border process for the TCPs. The SWI service options are now being used to process greater volumes of regulated and non-regulated goods.

It is clear, the automation of the release process for controlled and regulated goods is only the beginning. The SWI requires continued PGA collaboration and increased engagement with TCPs to support the future border vision.

If you have any questions regarding the Single Window processing of your commercial shipment please contact one of our trade advisors.

Author's Posts
FAQ About Importer Record Keeping Responsibilities In Canada
BN and RM Numbers | What Do They Have To Do With Importing Into Canada?
Customs Referrals, Detention and Demurrage
Single Window Initiative: What’s Working And What’s Not
Anti-Dumping, Countervailing, And Provisional Duty Simplified
While we strive for accuracy in all our communications, as the Importer of Record it is incumbent upon your company to ensure that you are aware of the requirements under the new regulations so that you maintain compliance as always.