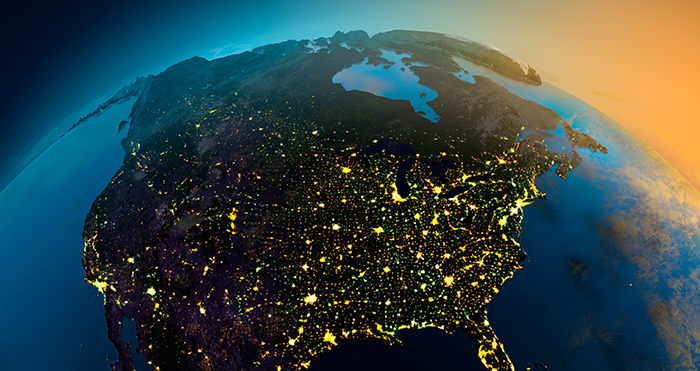 Prior to the latest NAFTA negotiations, Canada entered into the new Comprehensive and Progressive Agreement for Trans-Pacific Partnership (CPTPP). In this blog, you will learn how this may impact the next round of NAFTA negotiations in late February, early March.

Before The January NAFTA Negotiations

The Comprehensive And Progressive Agreement For Trans-Pacific Partnership

Canada and Mexico has agreed to the new CPTPP. An international trade agreement between 11 countries the U.S. previously withdrew from on January 23rd, 2017.

With the U.S. adopting a bilateral trade agreement philosophy, while Canada and Mexico have joined the multilateral CPTPP agreement. How will this impact the NAFTA negotiations going forward?

Tuesday, January 23rd, Canadian, American and Mexican representatives met in Montreal for the sixth round of NAFTA negotiations. Let us focus on the four main focal points surrounding the latest NAFTA negotiations. Chapter 19, the auto parts industry, the dairy industry and the sunset clause.

The U.S. is looking to eliminate Chapter 19 in the NAFTA negotiations. Currently, Chapter 19 allows for trade disputes between two NAFTA countries to go through an independent third party arbitrator. This prevents Canada and Mexico from having to enter into the U.S. legal review process for anti-dumping and countervailing duties imposed by the U.S. government.

Previous Chapter 19 rulings have favored Canada. Most recently Boeing made a bid to increase import duties by 300% on Bombardier's CSeries. An independent third party arbitrator, the U.S. International Trade Commission (USITC), voted 4-0 to reject the 300% duty because it did not have a negative impact on the U.S. aircraft industry.

With the new CPTPP in place, the NAFTA negotiations are going to feel some extra pressure in the auto parts industry. At the moment, NAFTA allows for 37.5% of a cars parts to come from outside of Canada, the U.S. and Mexico. However, in the new CPTPP agreement, the percentage of allowable foreign composition is 55%. This difference will create a more competitive market for auto parts in Canada and Mexico, while at the same time acting as a disadvantage for Canadian and Mexican companies creating auto parts.

The U.S. is aiming to decrease the percentage of car parts that come from outside of North America to 15%. Translating to more job opportunities for Americans in the auto industry.

Canadians are trying to introduce a line of thinking that auto industry software and other high-tech equipment should be taken into consideration when talking about the net cost of auto parts since a higher percentage of software and high-tech equipment is created and produced in Canada, the U.S. and Mexico. Thus adding to the auto parts percentages.

9 Steps To Importing A Vehicle Into Canada From The U.S.

The CPTPP agreement has also opened up the dairy debate as well. Since there has been a small opening to Canada's originally closed market, the U.S. wants greater access to Canadian consumers. Currently, if a U.S. dairy farmer was to export milk to Canada, they would face a 270% duty. Eliminating dairy trade barriers would be beneficial to Canadian consumers, but would deal a great blow to Canadian dairy farmers who presently enjoy the benefits of the ongoing trade barrier.

How To Import Dairy Into Canada

Despite all of the uncertainty with NAFTA, trade between the three countries has remained steady and consistent. Everyday airplanes, trains, cargo ships, and trucks transport essentially everything you use daily. If you would like to explore international trade opportunities, give us a call. We can provide you assistance with customs clearance, freight forwarding, trade education and trade advisory services.