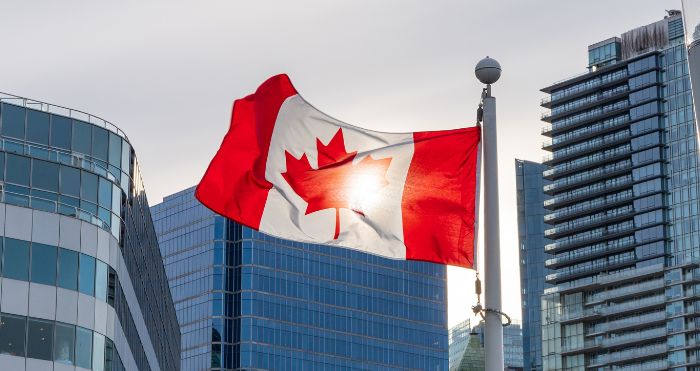 Assessing a country's trade balance helps establish its economic health, which could provide significant insights into import and export trade markets. In North America, Canada imports and exports millions of goods and services, which its economy depends on to prosper.

The Importance Of Canada's Balance Of Trade

Undeveloped countries often import more than they export, making exporting to those countries beneficial; however, in developing countries, imports and exports are often earmarked to even out trade balances, making the market more saturated. By understanding Canada's balance of trade, importers and exporters can identify a nation's economic strength that gives rise to trade policy changes and determines the value of importing and exporting, allowing companies to identify opportunities within the market quickly.

What Is Balance Trade?

The Government of Canada stated, “Real GDP in Canada grew at an annualized rate of 3.0% in the third quarter [of 2022], exceeding expectations and representing the fifth consecutive quarterly increase.”

Furthermore, they mention that substantial business investment into inventories and growth in exports of crude oil, bitumen, farm, and fishing products were key drivers of this quarterly growth.

Countries like Canada have sectors that drive their GDP, including mining and manufacturing, and these industries contribute to trade, the most significant portion of Canada’s GDP.

What is a trade surplus or deficit, and which is better? A trade deficit is something that no country wants, as it indicates that the total number of imports is higher than the total number of exports, which could impact a country's GDP, inflation rates, exchange rates, and interest rates. A trade surplus is a balance between imports and exports, indicating that the country has exported more than it has imported, showing market growth.

The higher a country’s trade surplus, the stronger the GDP of the country will be, as there is a strong relationship between trade balance, GDP, and the strength of a country's currency.

What Are Canada’s Greatest Exports and Imports?

Canada is one the top 10 ranking economies in the world, having a year-end trade balance surplus and boasting potential for further economic growth. The Observatory of Economic Complexity (OEC) indicated the top imports and exports of Canada in 2022, which consist of:

Canada Imports and Exports By Country

The Government of Canada mentioned the US and Canada share one of the most significant trading relationships in the world. Canada neighbors the largest economy in the world that has been increasing Canada’s trade which contributes the most considerable portion towards the economic stability in Canada. The Observatory of Economic Complexity (OEC) report stipulates that Canada exported a total of $47.5 billion CAD and imported $32 billion CAD from the US, resulting in Canada’s trade surplus in 2022.

The OEC indicated the trade relations between Canada and China resulted in a trade deficit balance for China in 2022, which imported $9.39 billion CAD from Canada and only exported a total of $3.48 billion CAD. Japan, South Korea, and the United Kingdom have also experienced the effects of a trade deficit balance with Canada, as their exports were lower than their imports this year.

Although every country aims to export more than they import to gain profitable trade balances, exports and imports help to foster good trade relations with other countries, which is essential for the overall benefit of all trading partners. The Canada trade balance was negatively affected in 2022 by trade transactions with Mexico, which imported $3.26 billion CAD and exported $650 million CAD, leaving Canada with a trade deficit. According to the OEC, the relations between Germany and Canada were the same in 2022: "In July 2022, Canada exported C$458M and imported C$1.77B from Germany, resulting in a negative OEC trade balance of C$1.31B.”

Balance Out Your Trade

Every country depends on imports to sustain the needs of local consumers and for manufacturing materials; however, they rely equally as much on exports to balance the trade. With importing and exporting, Canada specializes in exporting produced crude oil, for example, and imports non-specialized goods like delivery trucks from the US; a practice referred to as specialization.

Specialization allows governments to focus on their areas of expertise by producing and providing goods or resources to lacking countries and vice versa. The Government of Canada stated that “differences between countries are one of the main reasons why they engage in trade” they go on to identify the benefits of specialization, including fewer product lines in larger quantities, greater productivity, and higher wages to increase the overall prosperity of Canada.

Importers and exporters should understand the trade balance between countries to target goods more efficiently and monitor import and export trends which could give rise to inflation and interest rates in deficit balance countries, resulting in financial losses. The International Trade Administration emphasized, “It is important to critically review and assess if the potential export destination is suitable for your product or service” the same is valid for importing.

A country's GDP influences important decisions that affect businesses, consumers, and the economy. The GDP can affect international profits because when a country’s GDP drops, this indicates that markets are becoming less lucrative, resulting in consumers paying more for goods and businesses facing more trade barriers, making it harder for them to compete. How does the balance of trade affect the exchange rate? A country’s GDP measures the strength of the domestic currency, which could impact how profitable an import or export market is within a specific nation.

To conclude, the global trade value of goods exported, according to Statista, is valued at $22.3 trillion. With a proper understanding of the market, importers and exporters can identify the gaps, consumer behavior, and competition to generate successful trade transactions in an industry.

Author's Posts
Canada's Balance Of Trade
Trade Update: What’s Expected In 2022?
While we strive for accuracy in all our communications, as the Importer of Record it is incumbent upon your company to ensure that you are aware of the requirements under the new regulations so that you maintain compliance as always.