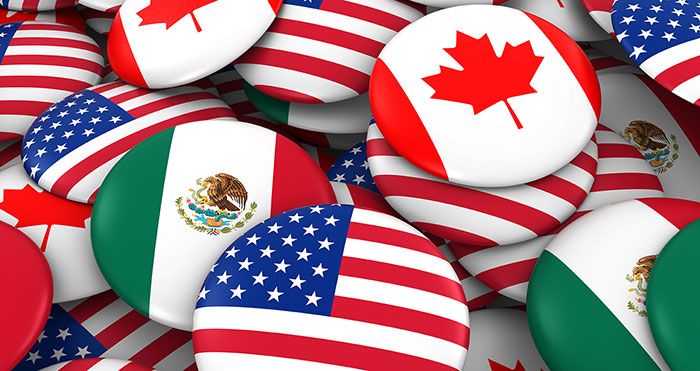 On December 10, 2019, the U.S. House Democrats announced their backing of a renegotiated U.S.-Mexico-Canada (USMCA) trade agreement and the three countries’ representatives signed the revised deal in Mexico City.

The U.S. Congress and Senate now must ratify the revamped USMCA. This likely will not begin until after the expected impeachment trial of the U.S. President. It is predicted that the U.S. Congress will take it up in January or February of 2020.

For Canada, both the elected House of Commons and the appointed Senate must approve the agreement. This process is straightforward and would take no longer than a couple of weeks. The Canadian parliament is due to go on winter break on December 13, 2019 and is scheduled back January 27, 2020.

Mexico’s Senate passed the original USMCA earlier this year and must now approve the modifications. Mexico’s Senate plans to take this up on Tuesday, December 17, 2019 and after being analyzed will likely pass fairly quickly.

The revamped USMCA made two big revisions: it updated a lot of provisions around intellectual property, pharmaceuticals and the digital economy. Second, it includes more environmental and labor protections.

Canada listed the changes at: Summary of revised outcomes

To get a full understanding of the differences between NAFTA and the USMCA refer to our blog: USMCA Details | United States Mexico Canada Agreement | NAFTA 2.0

Until the USMCA is ratified and inforce, the current procedures and documents under NAFTA are still required.

If you have any questions about the USMCA do not hesitate to contact one of our experienced experts at PCB.

Author's Posts
What’s Next After Brexit?
Top Five Reasons Why Your Broker Can Not Process Your Shipment Into Canada
The 2019 Highlights Of Trade In Canada
U.S., Canada And Mexico Sign A Revised NAFTA 2.0
Importing A Vehicle From The US Into Canada
While we strive for accuracy in all our communications, as the Importer of Record it is incumbent upon your company to ensure that you are aware of the requirements under the new regulations so that you maintain compliance as always.