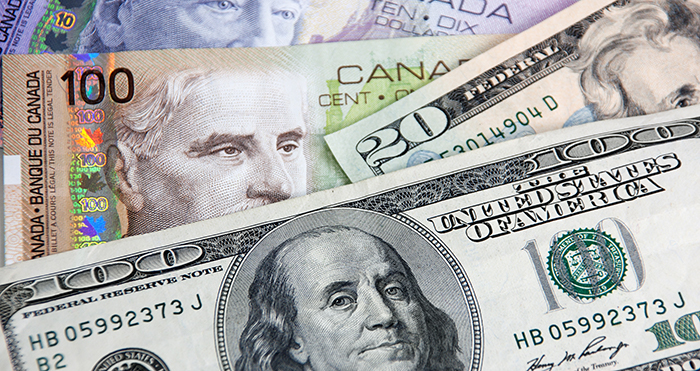 The direct to market program for Non-Resident Importer's (NRI) can be key if you have the sales volume. While this is an excellent way to take advantage of lower duty rates for importing directly from an offshore country, valuation for Customs declaration remains a critical component of your customs compliance. The United States and Canada differ on interpretation of the valuation rules. Lets take a look at the history and review how we arrived with customs valuation rules as they are today.

"Governments have collected customs duties since the beginnings of international trade. It is recorded that Athens applied 20 percent import duties on corn and other goods, while the Romans, from well before the time of Julius Caesar, depended upon customs revenues to support the expansion and maintenance of their empire. And, where a tax must be collected, there will be disputes over rates and methods...."

In 1947, the General Agreement on Tariffs & Trade (GATT) negotiations concluded that the customs value should not be arbitrary or fictitious. Since then, there are agreements on how to determine the value for customs declarations.Currently the valuation rules on are based on the implementation of the GATT Agreements. In 1994 the World Trade Organization established and implemented (based on those existing GATT agreements) the Customs Valuation Agreement (CVA) that all WTO members must abide by.

Valuation rules are necessary for many reasons and are valuable for use in:

Still the interpretation of these rules are different for different countries.

The Basic Method For Determining Value Is The Transaction Value Method

The price paid or payable of goods being imported with certain adjustments when sold for export to the country of importation. This is where the interpretation has been the subject of many reviews and debates.This is another significant difference between Canada and the USA with respect to a US company acting as a NRI and thinking they can use the 'first sale rule' for their direct imports into Canada.

In the US the "first sale rule" allows (under certain conditions) for the importers to use the price payable by the buyer (middleman) for imports into the USA.

For example: a buyer (middleman) secures a sale of merchandise bought for $20,000. and then in turn sells the goods to the retailer for $30,000. The goods in the meantime are being exported from China into the USA with the final buyer being the importer. The value used meets the condition for using the valuation under the first sale rule. (lesser value of $20,000.).

Some countries in the World Trade Organization (WTO) have legislated and refined the interpretation of these valuations rules successfully while some have not.Take the USA, Japan and the European Union, while they have had much discussion and even congressional reviews and debates, these countries still allow (with certain conditions met ) the "first sale rule".

Canada and Australia have already abolished the "first sale rule" through legislation 10 years ago.Canada deems under the transaction value method that the value for customs be: the price paid or payable (with adjustments) by the first purchaser IN Canada. In other words the value should be the last sales value before import and not the first sale.

How does this change the example given above? In order to declare the lesser value ($20,000.) the importer must be the middleman and must reside in Canada.  If the middleman happens to be a USA company acting as a NRI for their sales to Canada and has their goods shipped directly from the offshore country they buy from, the value used for customs must be the price paid or payable by the first Canadian purchaser, not the price paid by the middleman under the "first sale rule" This is critical to the NRI and compliance under valuations rules for doing business in Canada.

Many USA companies do not realize this difference and declare the sales price they paid, leaving them at risk in the event of an audit by CBSA.

If you are a NRI selling to Canada, review your procedures and ensure you are using the correct valuation for Canada. When in doubt contact Pacific Customs Brokers for a complete review of the valuation methods and regulations for your imports into Canada.

Gina Crews has over 25 years of US and Canadian Customs brokerage experience. Following a whirlwind nationwide tour providing sales and marketing support to Warner Brothers for their "Bugs Bunny Film Festival," Gina entered the logistics & brokerage industry. With an entrepreneurial heart, Gina has been a small business owner herself a few times over and now helps small and medium-sized businesses understand the cross-border process. Gina holds her US Certified Customs Specialist designation, is a dual citizen of the US and Canada fully versed in Customs regulations for both Countries.

Author's Posts
St. Patrick's Day And Irish Trade
How To Import For A Trade Show In The US Or Canada
Top 5 Mistakes When Completing A NAFTA Certificate Of Origin
How To Import Personal Belongings Vs Casual Goods
CBP Vs. CBSA Valuation History
While we strive for accuracy in all our communications, as the Importer of Record it is incumbent upon your company to ensure that you are aware of the requirements under the new regulations so that you maintain compliance as always.